I’ve been doing yoga for 4 or 5 years and I recently bought a Groupon for hot yoga. Before now I’d only taken two hot yoga classes and wasn’t sure I loved it, but I figured it would be nice to have a sauna-like environment in the middle of the winter. Plus, yoga is expensive, and so if I want to do it at all, I can’t be too picky.

The studio’s website says the classes are typically between 90 and 95 degrees, but I’ve read the thermostats in there, and they lie.  Once it was 115, and that wasn’t the hottest class I’d ever been to.  It just depends on the teacher and how much they want to crank it.  Plus, the more bodies in there, and the more you are all moving, the hotter it gets. Sometimes it’s so hot, it’s all I can do to lie down on the mat and pray for it to be over soon.  It gives me some idea what beached whales must feel like. 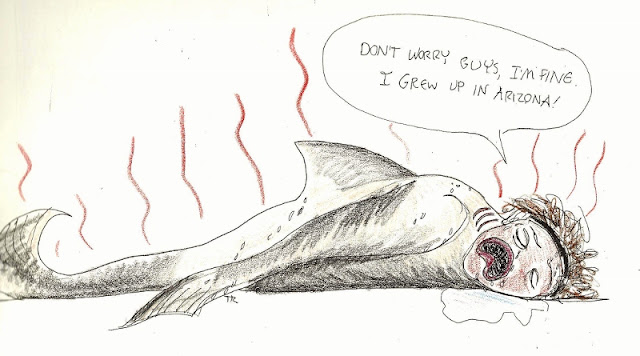 Even though it’s really hot, that doesn’t mean it’s naked yoga. In fact, much of the time it is a Lululemon fashion show in there, and all the yoga bitches have all their gear on.  Additionally,despite the fact it’s 2012, most women want to preserve the idea that we only ‘glisten’, and wearing less clothing will reveal exactly how sweaty we get, which is, not surprisingly, VERY SWEATY. 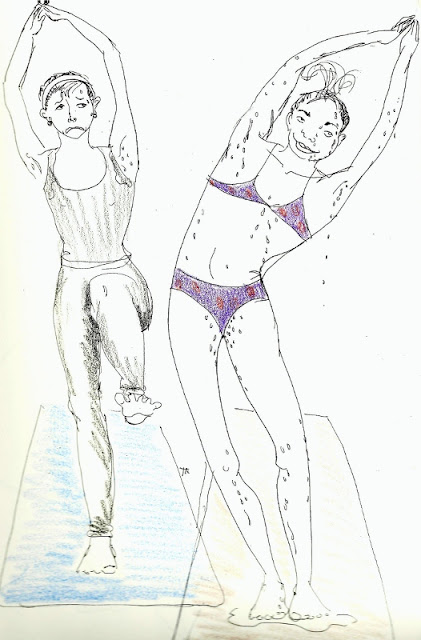 ^I have yet to see a woman dressed like this.^

However, the men in these classes, who I will now refer to only as Yogachos (yoga + macho) are of a different opinion.  To them, 1) it’s so effing hot in there, you’d be an idiot to wear any more clothing than necessary, and, 2) Hot yoga with all the hot yoga bitches is a great excuse to show off your hot sexy sweaty hairy speedo-ed body.  I have never seen a Yogacho younger than 40ish, with the median age probably around 55.  Would you want a hairy sweaty dad in your yoga class, leaving giant puddles of sweat everywhere? Didn’t think so. 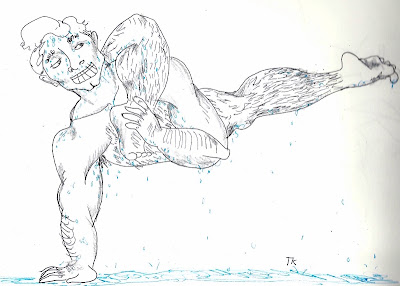 But really, it’s not their all-too-visible bodies that bother me, it’s their Yogacho attitudes. The classrooms are filled with mirrors, giving Yogachos the perfect opportunity to show off (they generally are extremely muscular and not very flexible=> sooo manly).  It also gives them the chance to look around the room, and make eyes at you in the mirror that say “You checkin’ me out?  I think you wa’ jus’ checkin’ me out, honey, yeaaahhhh look at this”.  And then do a shoulder stand or kala bhairavasana to show off. Because why else would a yogacho do hot yoga, other than to meet hot yoga bitches and show of his hot yoga bod?