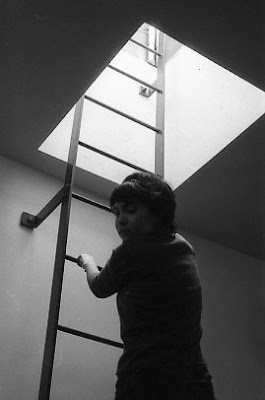 Escape “She didn’t want to risk it, but she knew she had to go back.” 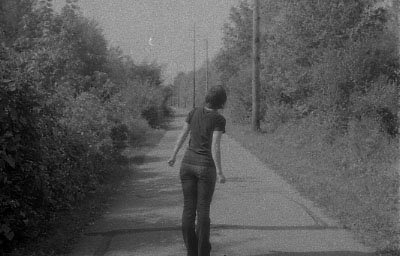 A Strange Day in October “It had been ten minutes.“ 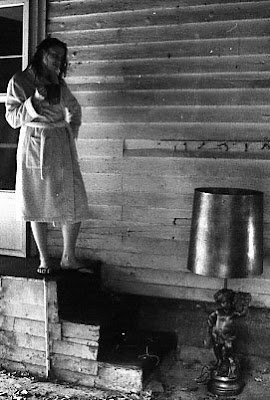 Antique Dealings “The next morning it happened again.“

For this project I tried to recreate the essence of one of my favorite childhood books. Chris Van Allsberg is a Caldecott-winning illustrator and has done several important works such as Jumanji and The Polar Express. Although The Mysteries of Harris Burdick is less well known, it is my favorite. The premise of the book is that each of the illustrations were given to Peter Wenders by a mysterious man named Harris Burdick who promised to bring the accompanying stories later. Burdick never returned and so the only clue to the content of the stories is the single illustration, its caption, and the story’s title.

My desire while emulating this work was to create a similar sense of mystery, intrigue and suspense that is felt when you read the book. The reader immediately imagines the rest of the stories without even trying. I wanted to reference his work but not duplicate any scenes exactly. Each drawing is a bit of magical realism which is quite difficult to create in photography. Instead of using Photoshop, I hoped to use lighting to add surrealism to scenes, but exposing the film correctly to this light was a challenge. I was very inspired by this book as a child and I think it encouraged a strong interest in narrative art-making. Creating these ambiguous scenarios and then portraying myself as the subject (for two of the three) was very enjoyable and fulfilling for my imaginative six-year-old self.

–>If you are not familiar with The Mysteries of Harris Burdick or the illustrator Chris VanAllsburg, please look at: http://www.amazon.com/Mysteries-Harris-Burdick-Chris-Allsburg/dp/0395353939 (you can see a few images from the book on the amazon page)
http://www.houghtonmifflinbooks.com/features/harrisburdick/ (a website where people have submitted their own stories to accompany the illustrations found in the book)