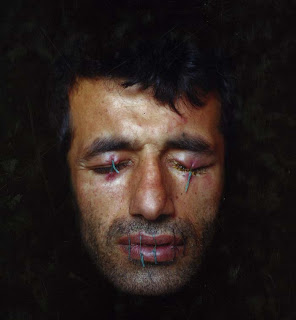 I think it is really difficult for anyone to create or photograph anything that my generation will find universally offensive. Are we desensitized to it? Am I personally on the liberal side and will accept just about anything as ‘freedom of expression’ and as ‘art’? I also have a hard time remembering things which I find offensive- I view a lot of artwork and photographs while I work at the art library, and I certainly see things I don’t like or don’t agree with, but I often put the book down before I’ve registered it as ‘offensive’ (which, I suppose, could be labeled as me being closed-minded?). What is the difference between something that is grotesque and something that is offensive? Art can be offensive on the surface, but once we look closer we see the intent behind the work and the reason for its uglyness or disturbing nature, it becomes powerful rather than offensive. (Above: scanned from “Art in the Age of Terrorism”: an asylum seeker in the Netherlands sewed his eyelids and mouth shut in protest of the government asking people with asylum to leave the country) 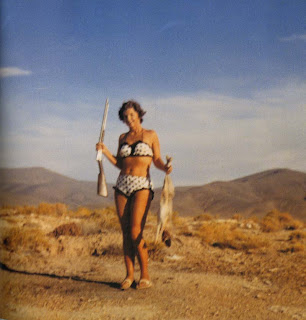 Above: from a book called “Close to Home”- found photographs from Americans in the 20th century. I find this moderately personally offensive. 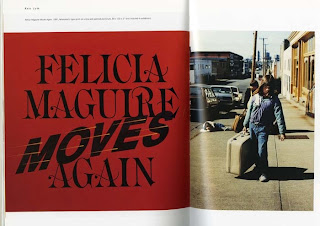 Above: Ken Lum documents the homeless. This seems insensitive at first glance, but the trivializing of what must be a traumatic lifestyle for a young girl is actually quite effective artistically. 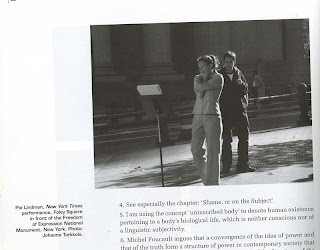 Above: Pia Lindman studies journalistic photographs of people grieving in war torn countries, etc, and re-enacts them in public places. Insensitive to the private emotions of the victim’s families? Or is she protesting against war and tragedy itself? 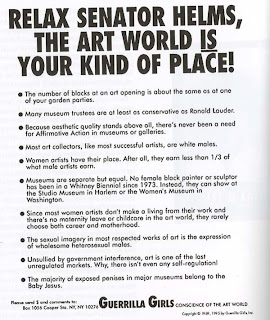 Above: a poster by the Guerilla Girls (an art group) protesting unfair female and minority representation in the art world. Not exactly tactful, but effective. 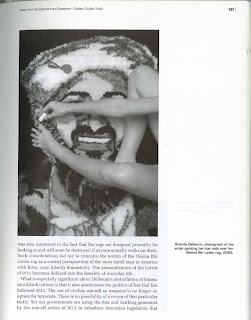 Above: Brenda Oelbaum created a loop-rug depicting Osama BinLaden’s face, and then photographed herself painting her toenails on top of it. Imagine how offensive this would be to one of his supporters. 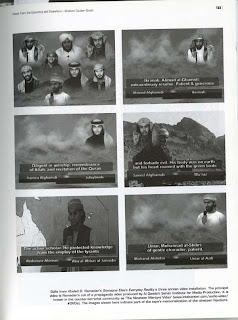 Above: Khaled D. Ramadan’s video “Someone Else’s Everyday Reality” uses a propaganda video made by terrorists which commemorates suicide bombers from the 9/11 attacks.

The books that these images are from are all on my carrel (#24) in the art library. You are welcome to come by and take a look.