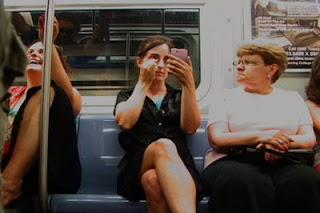 Jillian MacDonald (from a performance piece called “Horror Makeup” in which a woman applied grotesque stage makeup to herself while on the subway- just like some women put on their normal makeup on the way to work in the morning). I love this. (asymmetrical balance) 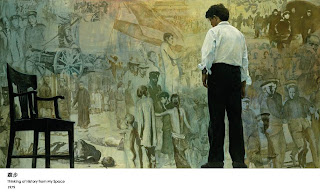 This piece is by Chen YiFei- a 20th century Chinese painter (above). (approximate balance) 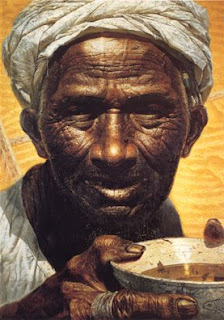 This work, “Father” is a painting (!) by a 20th Century artist named Luo Zhongli. This portrait was very famous and was quite unsettling when it was made because it shows a decrepit old man who suffered in the turbulent Mao era, rather than the less-than-truthful portrayals of the elderly common at the time . (horizontal balance)
Then, a few months ago, I saw this illustration by Brett Curtin (currently working), and the colors and elderly-looking fingers reminded me of the painting above. I don’t know if there is actually any connection. 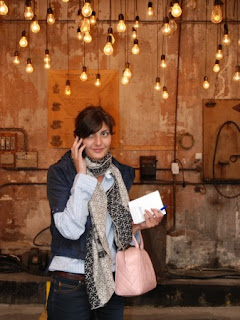 The above photo is from an italian fashion blog. I really like the lightbulbs. (repetition)